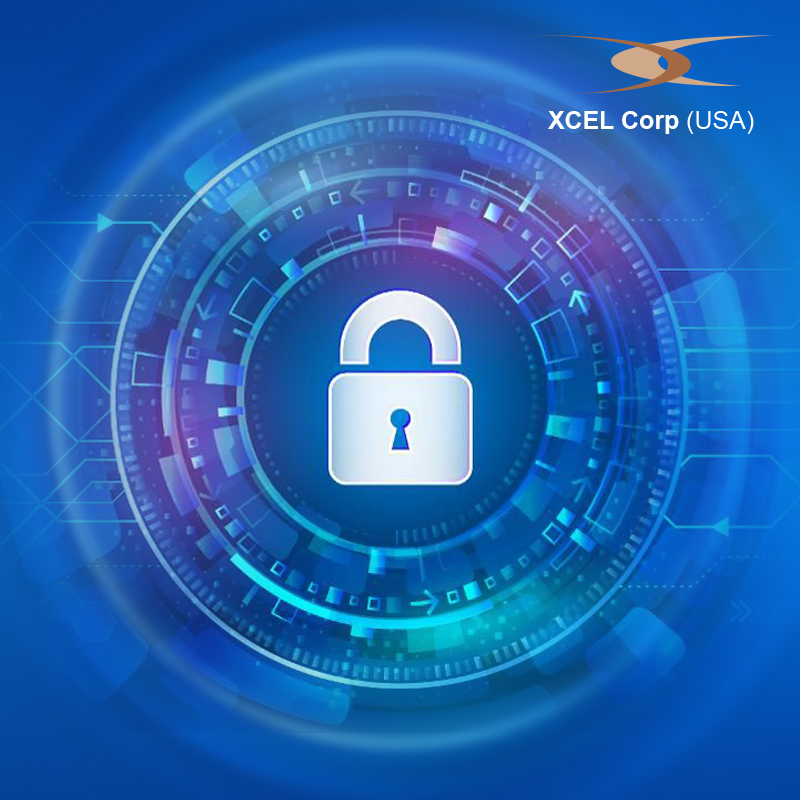 In 2016, the Cybersecurity IoT sector was worth more than $150 billion and in 2020 it is predicted to shoot up to $475 billion. With several connected devices organizing our daily lives, such as home appliances, DNA analysis devices, automobiles and much more, enterprises cannot turn a blind eye to the risks of cybersecurity impacting their IoT operations.

Primarily, the IoT industry has two sides – the manufacturers and the solution providers. Often organizations end up neglecting cybersecurity implementations. When in the right hands, communication, remote access, and data sharing run free of hassles, but the physical security of data is still at risk when it falls into the wrong hands and is misused. IoT is becoming increasingly attractive for the cybercriminals who look for more connected devices and vectors. Cybersecurity in IoT is a rising concern that enterprises have to address immediately.

Vulnerabilities found within IoT will open up newer possibilities but will also stack up issues that have to be repaired urgently. Hackers leverage the presence of these weaknesses to carry out several nefarious activities such as modifying camera settings, for example, or perhaps remotely authorizing other users to control the monitor. Every malicious activity from internet-connected devices to unlocking doors or even shutting down a car that is in motion can be carried out by the hackers. Privacy can also be compromised with connected wearables where motion sensors, built into smartwatches can be utilized to steal information typed by the users or even gather health data through apps and other tracking devices. When hackers infiltrate medical devices, it can have detrimental or fatal consequences to patients’ health.

The importance of securing IoT

IoT security is a subject of huge concern, which is even discussed at the federal government levels. Efforts are on to club all gaps and holes to prevent security breaches and to tackle disasters before they destroy or damage the system completely. Fiat scrambled to fix their problem after the Jeep Cherokee hacking incident, by quickly implementing safety measures where about 1.4 million cars and trucks in the United States were recalled for installing a security patch update. The IoT industry thus was rudely awakened to its existing feebleness. Now, newer manufacturers and security firms, along with them, are coming together to protect the IoT industry before things get out of control. Digital security companies like Gemalto are offering a tamper-resistant component called Secure Element Technology or SE, to utility and automotive companies built into the devices to provide advanced lifecycle management while simultaneously augmenting digital security through encryption and limitations of access to sensitive data.

IT giant Microsoft is also adding the Secure Boot Technology and the BitLocker to its Windows 10 IoT system, thus securing the operating system for safe usage on other platforms and devices such as the Raspberry Pi. Featured in Windows Operating Systems’ Vista version, the BitLocker encryption technology codes entire disk volumes and is crucial for the safety of data on the device. Members of the PC industry have created the Secure Boot security standard to make sure that the PC boots only with software trusted by the manufacturer of the machine. Device-jacking is thus prevented through these implementations.

Newer alliances and conglomerations of leading technology firms have given life to the Internet of Things Security Foundation, a non-profit body, responsible for the examination and determination that Internet-connected devices are devoid of flaws and vulnerabilities. Security assistance is offered to system manufacturers, technology providers, and end-users through the IoTSF. The entity is also encouraging manufacturers to incorporate security features into connected devices even at the hardware level. It is agreed that while the opportunities provided by IoT are enormous, the real challenge lies in alleviating the security risks that accompany them. There is a need to address the safety and security of these devices right from its inception with a dedicated focus to drive security excellence in IoT. The organization is furthermore aiming to become a forum particularly for the participation of beneficiaries of IoT, its providers, and other adopters.

Platforms are also being set up by companies to allow large networks of IoT devices to recognize authenticate and seamlessly interact with each other by preventing data breaches and enhancing security sequences. IoT security is also being enhanced through research on smartphones and device linking. Experts at the University of South Hampton are making all efforts to help IoT devices overcome security limits in network complexities and user interfaces through smartphones.

Issues and threats with internal IoT devices in the workplace are different from those that you might face from external hackers. People within the organization may often want to rig the system especially if there is a separate area where private information is locked up with restricted access. A tech-savvy employee can manipulate ID processes to get into the region using a key card. While this is a highly malicious hazard others are not so dangerous. Inadvertent access by an employee and divulging of information to those who do not hold the relevant liberties can take place through technological errors. Employees will understand the impact of their actions with appropriate training and awareness revolving around IoT devices, their interaction and how not to download dangerous files and the final influence over organizational security.

Colloquially called hacking, external threats are rather ‘popular’ and yet unavoidable. With everything now connected to the internet, hacking has become just more than common and that too, with cybercriminals using some of the most advanced technologies to permeate IT systems. While this did not seem like a major threat initially, the concerns deepened when malware and ransomware started spreading. Companies were robbed of important customer details where even at later stages, cameras, microphones, and other IoT devices would be compromised. Invisible robberies during the analog age were not worrisome, but the digital age seems more than simply vulnerable to these threats. Measures to protect IoT devices are available in the form of application firewalls, settings, and other adjustments and even in the knowledge of taking the device offline. At all costs, eventually, the idea is to keep all malware away from your IoT devices.

Employee satisfaction plays a big role in the enhancement and sustenance of the workplace. Disgruntled employees, though, can be really dangerous especially when they are adept at IoT-related technology. While being in tune with our managers and other human data, you must also know how to best manage your IoT particularly from a digital / internet point of view. Terminate the employee if you think that a disgruntled employee is a flight risk, which means, you must have processes in place to manage their accesses and permissions immediately. Alternatively, you may want to see if they need some kind of counseling or other forms of intervention. While human managers may take a while to notice the damage caused by a dissatisfied employee, IoT utility tools can detect it sooner than anticipated. Specific malicious behaviors can be flagged using analytics when you notice that sensitive company data is being downloaded by the said employee into an unauthorized personal computer during non-working hours.

It is imperative to secure your IoT both at home and at the office. While this might seem like a daunting task, using the right kinds of plans, actions, and tools, XCEL Corp can help you keep both your IoT devices and data safe. Awareness is extremely important – this is to know where your data is stored, and which part of the system process is vulnerable and requires adequate protection. We build a better internet fortress by prioritizing your IoT security tasks and protecting those points that are highly susceptible to cyber-attacks. Data, by itself, is a remarkable tool, and when combined with IoT, helps individuals and companies become efficient, productive and knowledgeable. Experts at XCEL Corp help you focus on the value of data rather than the risk, by securing IoT usage.

Customer relationship management is a very important aspect to all companies. From small businesses to large multinational corporations, clients make their businesses work. Tending to your clients’ needs and focusing on providing better services…

AI or Artificial Intelligence is fast emerging in the technology industry and is even seen taking center stage at several conferences. Its potential is showcased across industries with retail and manufacturing leading the way…. 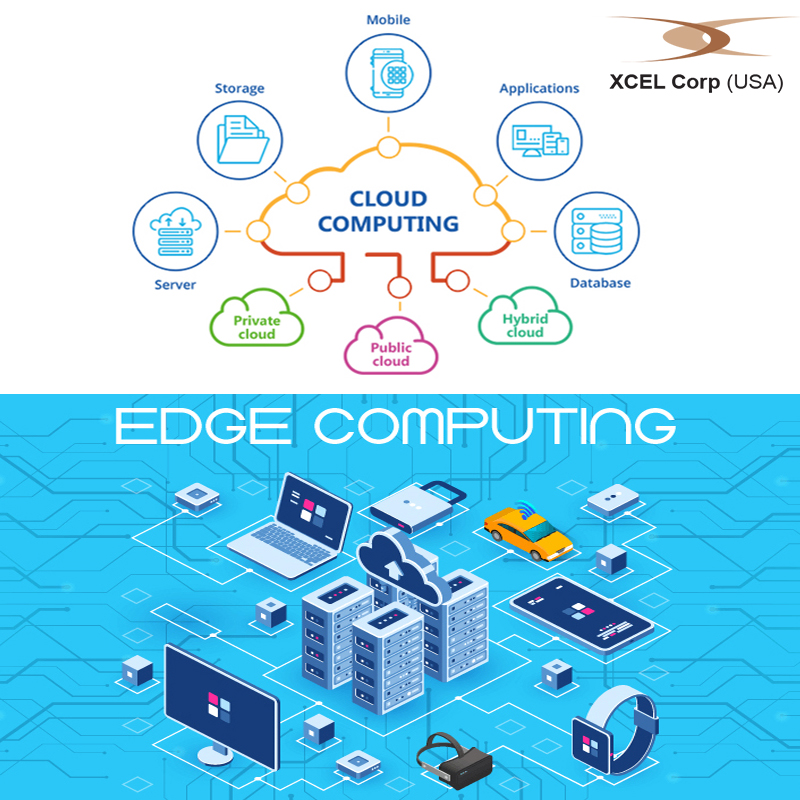 IoT or Internet of Things is one of the most Computing realistic parts of the cloud. There are so many devices, and…