2020 is the year of forward thinkers that has put the world on the threshold of emerging technologies, which will soon be implemented in the near future. Blockchain is one of those strategic technologies that is finding its place amongst consumer automation and cloud computing. In fact, Gartner has listed it amongst other popular space technologies such as Distributed Cloud, Autonomous Things, Empowered Edge, and AI Security – all of which are imminent. While public blockchains are, currently, not enterprise-friendly, (due to their poor scalability and interoperability), the technology is soon to overcome these challenges by the year 2023.

Some indicated that Blockchain will take a turn for the good as it will be used to implement a financial system and others even hinted at its benefit for the supply chain and the environment. Recently IBM Blockchain Pulse released an article on the trends of the technology, which has gone beyond mere innovation. Here are some trends you can foresee, this year, in blockchain.

With the widening of the adoption of blockchain, maintenance will become a pivotal factor. Basic to enhanced models will appear where BaaS will become a cloud-based service. Lack of standardized governance is one of the most significant challenges of blockchain’s progressive PoC or Proof of Concept. Information from different sources is collated and homogenized to enable a diverse approach to permission schemes and decision making. Companies such as Amazon and Microsoft are now offering BaaS, thus shaping the future of the technology.

As complex security challenges develop, the IoT market will also divert their attention to the resolution of these breaches. Blockchain can be decentralized so that the Single Point of Failure or SPOF is eliminated because it won’t be just one authority approving transactions. The database can be further extended to ensure that previous records are not tampered with.

A long-discussed matter, CBDCs or Central-Bank-backed Digital currencies and tokens will gain momentum in the year 2020 with countries in the Middle East, and Asia beginning to experiment with them in real-time. When assets are tokenized in the blockchain marketplace, new sources of revenue are derived. Efficiency, security, and productivity of the capital markets are transformed with the trading and settling of custody of such digital assets. And with most of the countries concerned with the growing popularity blockchain will definitely make the world turn away from cards and cash.

The success of blockchain depends upon collaboration between numerous parties. Blockchain networks that lack permissions can join the industry-wide network and as more emerging networks combine along with guidance on integration in accordance with protocols, information sharing, and interoperability, will become easy.

Data and information stored will be distributed and available across several blockchain systems and networks. The general public should thus be able to access and visualize data across the system. While the entire idea might seem challenging, its benefits are rather huge.

With millions of data points being captured by blockchain solutions, its presence is now being felt by the world at large. We already discussed blockchain in combination with IoT. But there’s more. Solutions will be paired with AI as well to create next-level advantages. Underlying algorithms will be strengthened when adjacent technologies are merged and data security with an audit is ensured at every step of the decision-making process.

Going a step further, fraudulent data can be addressed with the help of validation tools as blockchain solutions will be deployed along with crypto-anchors, oracles and other mechanisms, linking digital assets with the physical.

Blockchain is all set to disrupt the world that we live in right now.

XCEL Corp strives to bring the latest in technology at your doorstep. Speak to our experts today for a consultation.

DATA VISIBILITY AND ITS IMPORTANCE 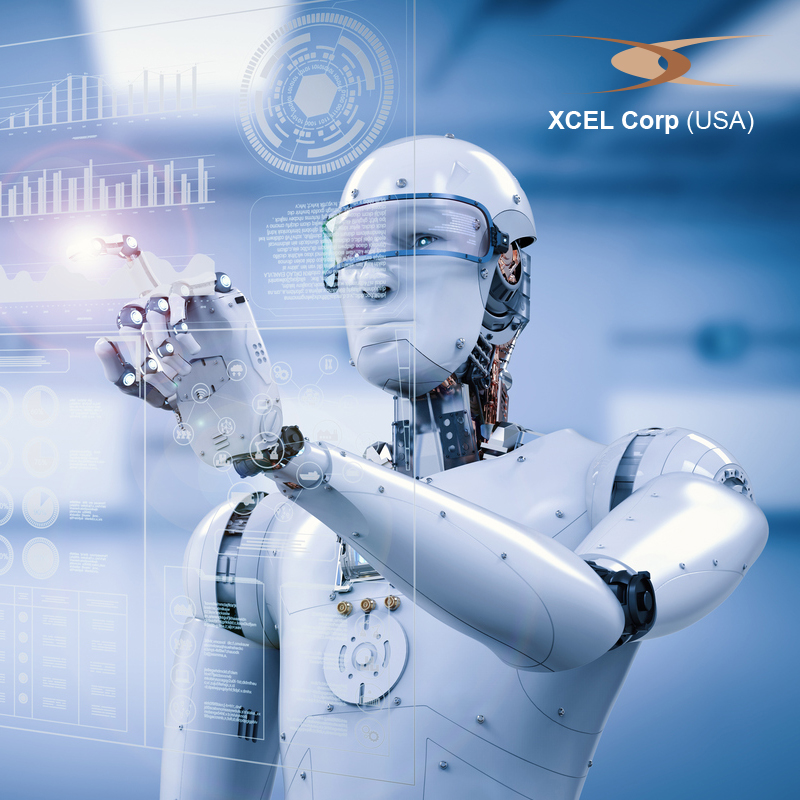 Machine learning allows computers to function without explicit programming, which means, the algorithms are trained to improve upon the data that is provided to them….

Many businesses and solution providers believe that their work ends once the ERP system goes live. Then it is up to the business to maintain and work towards making their ERP implementation successful. This…

Customer relationship management is a very important aspect to all companies. From small businesses to large multinational corporations, clients make their businesses work. Tending to your clients’ needs and focusing on providing better services…