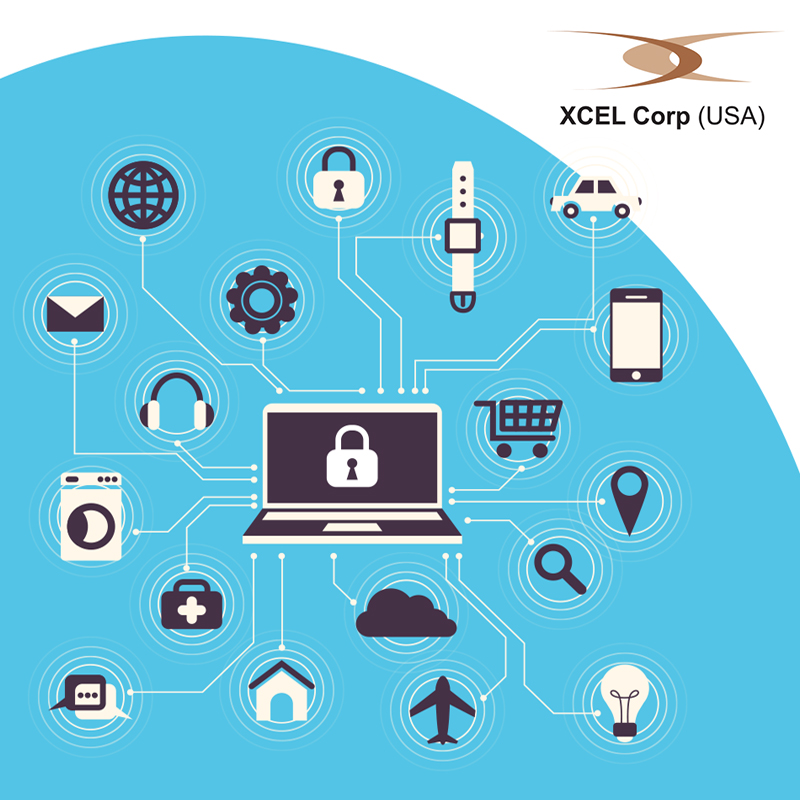 Access a complete package of Security challenges and data from any device, at any time and from anywhere with cloud computing. Deployments are faster, efficient and scalable. Whether public or private or a combination of both, 90% of the companies are already using cloud computing (according to reports provided by RightScale and McAfee). There are some security challenges of cloud computing that we must consider alongside all the benefits of the cloud.

Cloud providers are fast becoming a bigger target for malicious attacks as more and more businesses and operations move to the cloud. Now, DDoS or Distributed Denial of service attacks is becoming increasingly common. In fact, according to a report published by Verisign the most frequently targeted industries during the first quarter of 2015 were IT services, cloud, and SaaS. With this attack, website servers are overwhelmed and cannot respond to common user requests. A successful DDoS attack can leave a website unusable for several hours or even days. As a result, customer trust, brand authority and subsequently, revenue are lost. 21st-century business depends on the website and web-based applications and therefore, require, state-of-the-art security technology.

While the cloud provides users with the greatest benefits of accessibility from anywhere, any device and at any time, the interfaces an APIs may not necessarily be secure. Different types of vulnerabilities will be used by hackers to exploit them. HTTP requests are examined by a behavioral web application to ensure that the traffic into the website is indeed legitimate. The web applications stay protected from security breaches with this always-on device.

According to the Identity Theft Research Center, in 2014, known data breaches in the U.S. hit a record-high of 738. The number one cause, by far, was deemed as hacking. This only emphasizes the growing challenge to Security sensitive data. Proprietary data would traditionally be secured by IT professionals who also controlled the network infrastructure and the physical hardware as well. Some of the controls, however, are given to a trusted cloud partner for private, public and hybrid scenarios. It is vital to choose the right kind of vendor who comes with a strong reputation for security.

XCEL Corp is a reputed consultant known for our transparency, visibility, and open strategies.

It is quite understandable to be concerned with the security of business-critical information when it is moved into the cloud. Data could be easily lost, through malicious tampering such as DDoS or accidental deletion or even worse, an act of nature that could damage the cloud service provider – all of these, regardless of their origination, could be disastrous for a business. Generally, DDoS attacks are used as diversions to steal or delete data. It is extremely important to ensure that an integrated system is available in place to mitigate the attack. Every network layer should remain protected including layer 7 or the application layer.

The cornerstone of every network and cloud security is about the awareness and proper communication of threats. As soon as a threat is spotted, the appropriate website and application managers must be alerted, and this protocol should also be part of a thorough security process. Steps must be taken by the proper entities to minimize the impact of the threat through clear and prompt communication thus ensuring speedy mitigation.

Both hybrid and public cloud environments are associated with a serious problem of lack of control. There could be a loss of visibility where you have lost control over certain aspects of data security and IT management. You must ensure that third-party providers offer lofty levels of granularity with regards to management and administration that would match legacy-style in-house infrastructure, yet, totally controlled by the company. Potential Security challenges vulnerabilities cannot be visualized due to the lack of visibility and the failure of a business to identify upcoming threats. Cloud adoption in some sectors such as media, is as low as 17%, primarily due to non-visibility and subsequent lack of control.

When specific third-party vendors are used particularly for public and hybrid cloud platforms, companies feel that there is a danger of retention of their operational capacity. This means it can be very difficult to make tactical decisions such as moving to a new vendor if critical business applications are locked with a single merchant. According to a survey conducted by Logicworks, at least 78% of the IT decision-makers blame vendor lock-in as one of the chief reasons for failing to obtain maximum value from cloud computing.

The complexity of compliance

Achieving full compliance whilst using public or private cloud offerings can be more complex especially in sectors such as healthcare and finance, where legislative requirements about the storage of private data are heavy. Enterprises use cloud vendors that are deemed fully compliant in an attempt to gain acquiescence. According to research, for a confirmation that all legislative requirements have been met, about 51% of the firms across the United States depend upon their cloud vendor.

Businesses do not receive a full-service description of the cloud platform, the way it works, its security processes, etc. when they buy third-party cloud services. Due to this, they are always unable to intelligently evaluate the security of data storage. A survey indicated that only 75% of all IT managers are just about marginally confident that a cloud vendor can store data, securely.

The vulnerabilities of shared technologies

Shared technology such as public and hybrid cloud offerings can expose a business to vulnerabilities as a result of other users using the same infrastructure on the cloud. It depends on the cloud vendor to see that boundaries are maintained. But this may not be consistently possible resulting in a security vulnerability in the same cloud, affecting all users.

XCEL Corp
Check with XCEL Corp to alleviate all potential threats such as Man in the Middle Attacks, Account or Service Traffic Hijacking and much more. Cloud computing is a valuable technology but does not come with an innate safety system built-in to eliminate data security issues. We will provide you with some of the best cloud infrastructure Security challenges with complete transparency and visibility.

Recently, InfoWorld welcomed some of the latest technologies into their annual felicitation ‘Technologies of the Year Awards’, which saw some diversified winners. Out of 17,…

Android is an open source mobile operating system developed by Google to be used on mobile devices like smart phones and tablets. It is primarily designed for touch screen mobile devices. Google also developed… 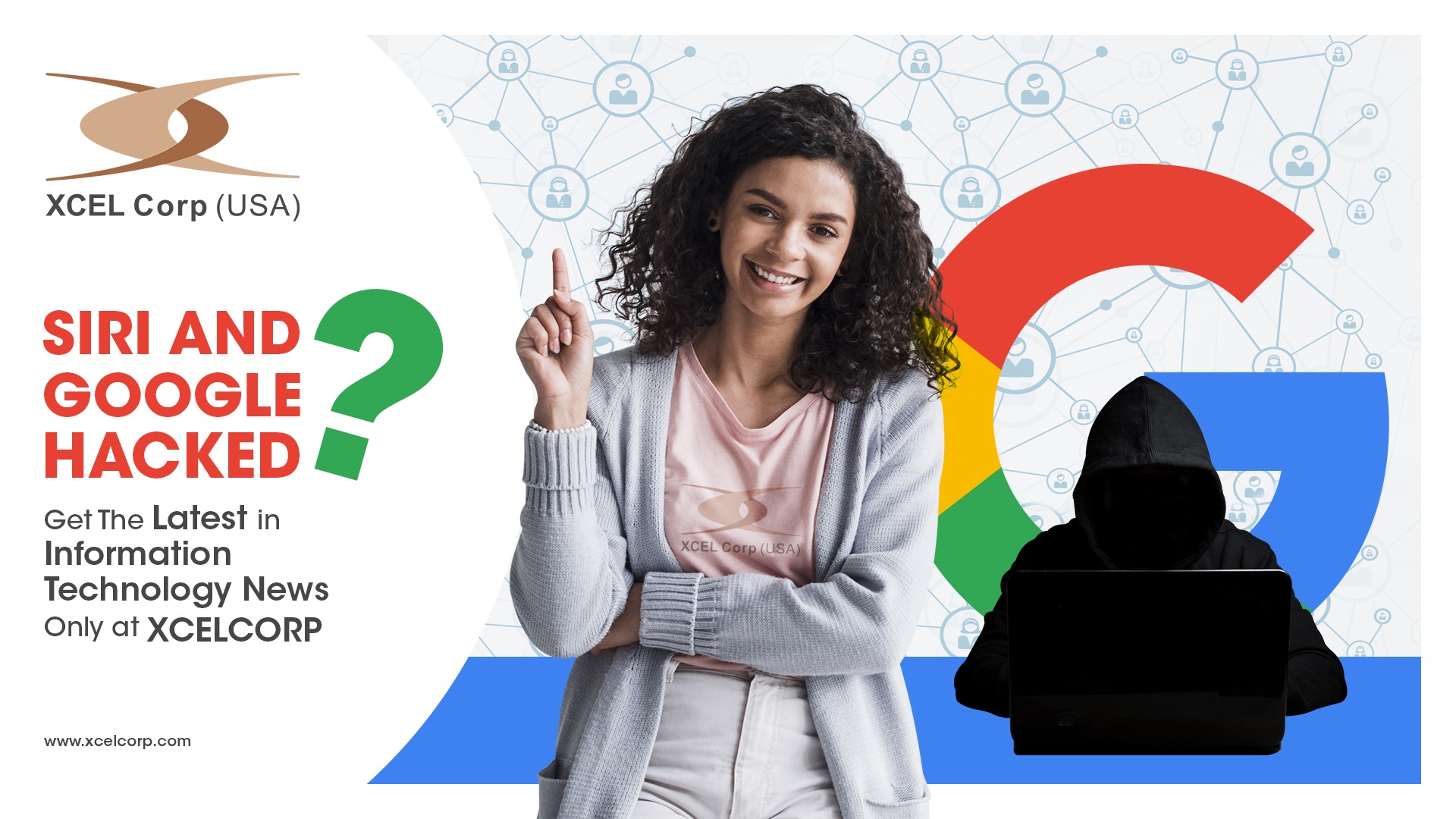 A recent news item reported that ultrasonic waves could actually activate Siri. This means the hacker can take pictures, provide commands and read…